While I haven’t read the novel, the film adaptation of Kazuo Ishiguro’s Never Let Me Go by Mark Romanek is a melancholy and beautiful science fiction film that doesn’t focus on the technology, but the people.

Set in an alternate history world with an unpleasant secret, it follows three people as they grow up in that world and learn about who they really are. The casting is perfect with younger actors recognizable as the people they will grow into and the standout performances of the three leads, Carey Mulligan, Andrew Garfield, and Keira Knightly make it a haunting film that has stayed with me. At the core of the film is a naivety as the children are raised in a sheltered and controlled environment that they do not question. They want to know who they are and we are given the same information that they are, so when the revelations come, they were powerful and surprising for me as well. Wrapped up with this is a love triangle that cleverly informs the other parts of the film. It’s gorgeously shot and the film seemed to move by quite quickly but lingered well after the credits rolled. 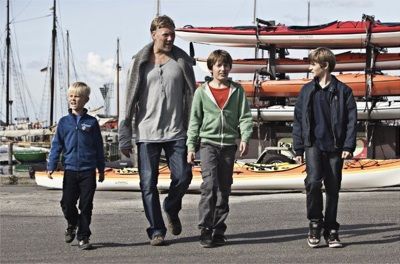